This weekend, we visited the prestigious Art Center College of Design nestled in the hills of Pasadena for a truly amazing exhibit using my favorite medium – yarn!! I learned about this fantastic show from my fellow fiber enthusiast and crocheter extraordinaire, Chantal, who also contributed pieces to the show! Congratulations Chantal – what an amazing project to be a part of! I was truly in heaven as I walked through the gallery looking at graceful shapes and color these artisans created. Here are just a few of the many photos I took. Enjoy! 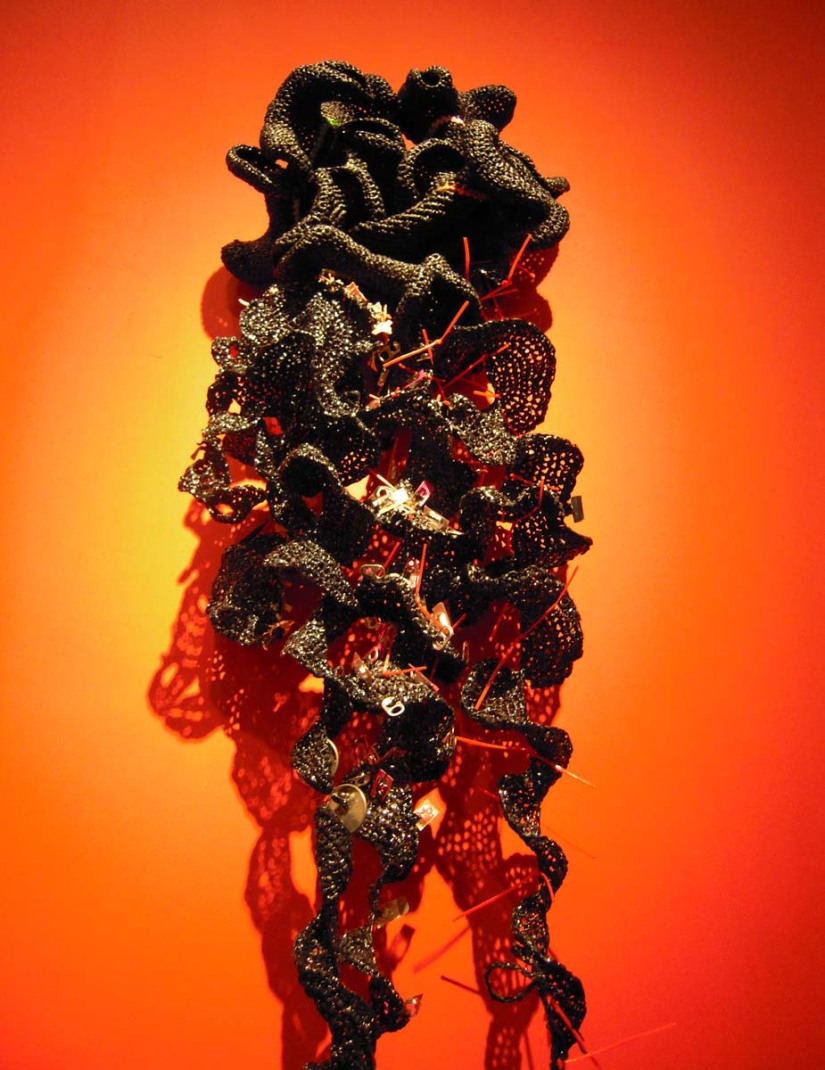 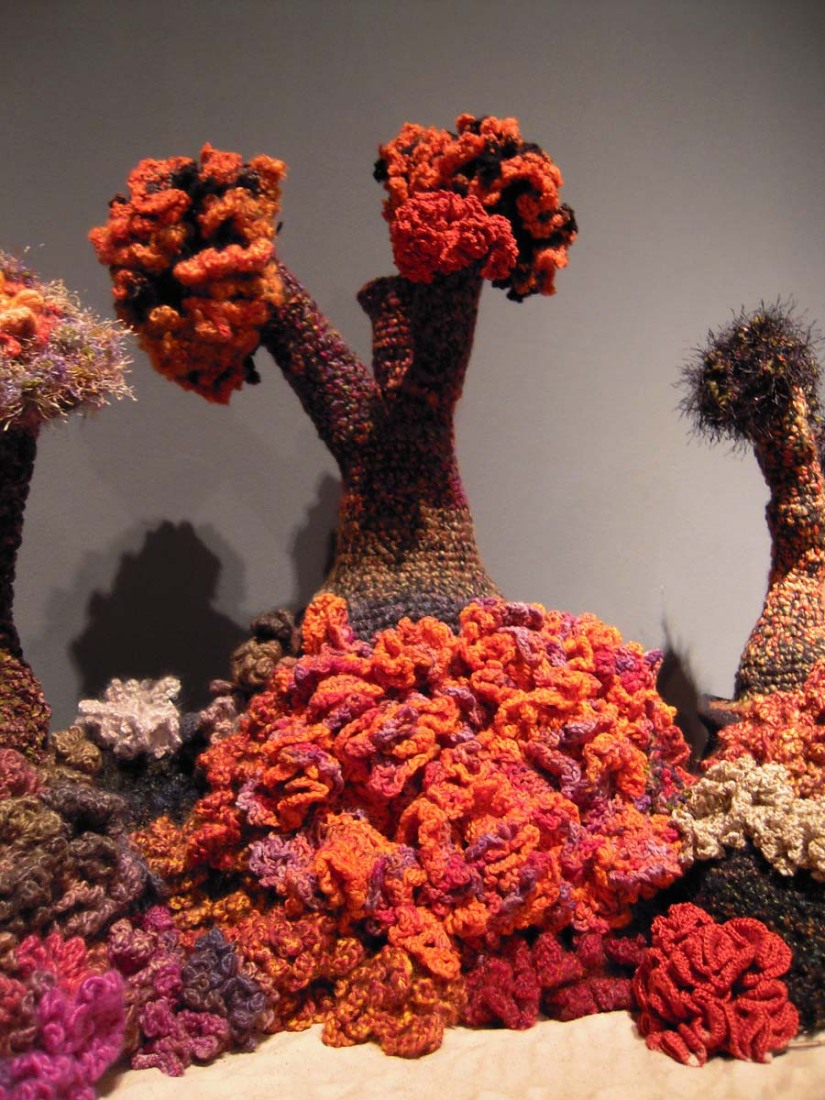 a close up of the blue part: 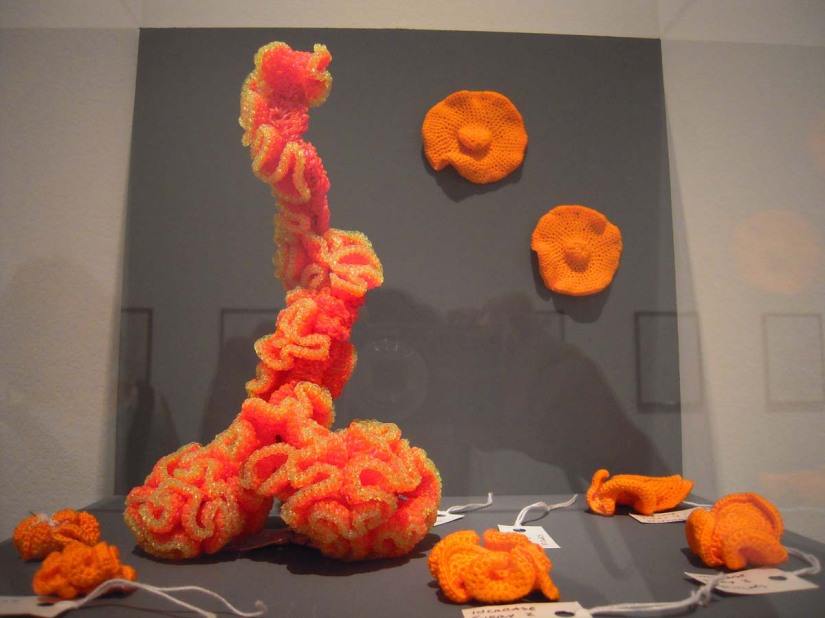 this one was one of hubby’s favorites because of the movement/shape and the artistic effort. . . not to mention it was all crocheted using plastic bags! yes, my jaw is still on the floor . . .

For more information, you can check out their website: crochetcoralreef.org

When I was younger I wanted to be a marine biologist/dolphin trainer because I absolutely loved dolphins. My very first personalized car license plate was TURSIOP, which is a truncated version of Tursiops, the Latin Genus name for Bottlenose Dolphins. Yes, I was a geek . . . 🙂

My love for dolphins and marine life continued to grow even though I didn’t become a dolphin trainer, so it’s not surprising that I love aquariums.  One of our local aquariums is in Long Beach, California and opened in 1998.  Just before it opened to the public I went on a special tour of the aquarium with a few colleagues because of the movie we were working on and the need to see jellyfish up close for reference. Parts of the aquarium were still under construction and many tanks were vacant but it felt like seeing an empty movie set – you knew it would eventually be filled with life and energy!

Here are a few photos of the fantastic marine life currently on display at the Long Beach Aquarium of the Pacific.

SEA DRAGONS (ooohh, I see a future colorway for yarn!) 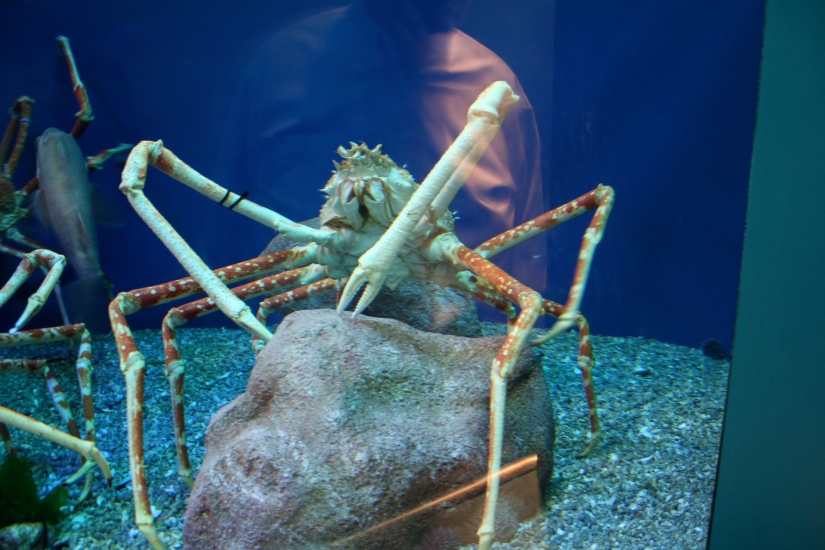 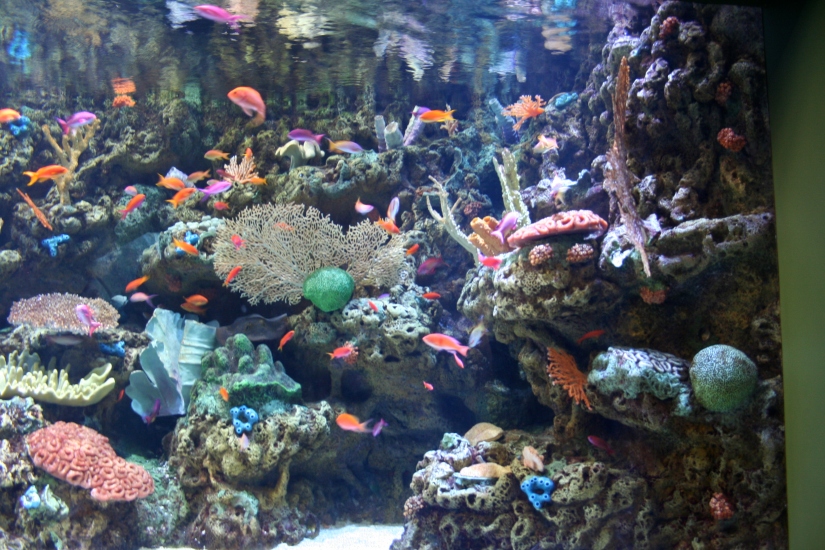 If you’re ever in Long Beach, definitely stop by the Aquarium.

OH, and in case you were wondering, the movie we needed reference for was the 1998 movie SPHERE, based on Michael Crichton’s book of the same name.